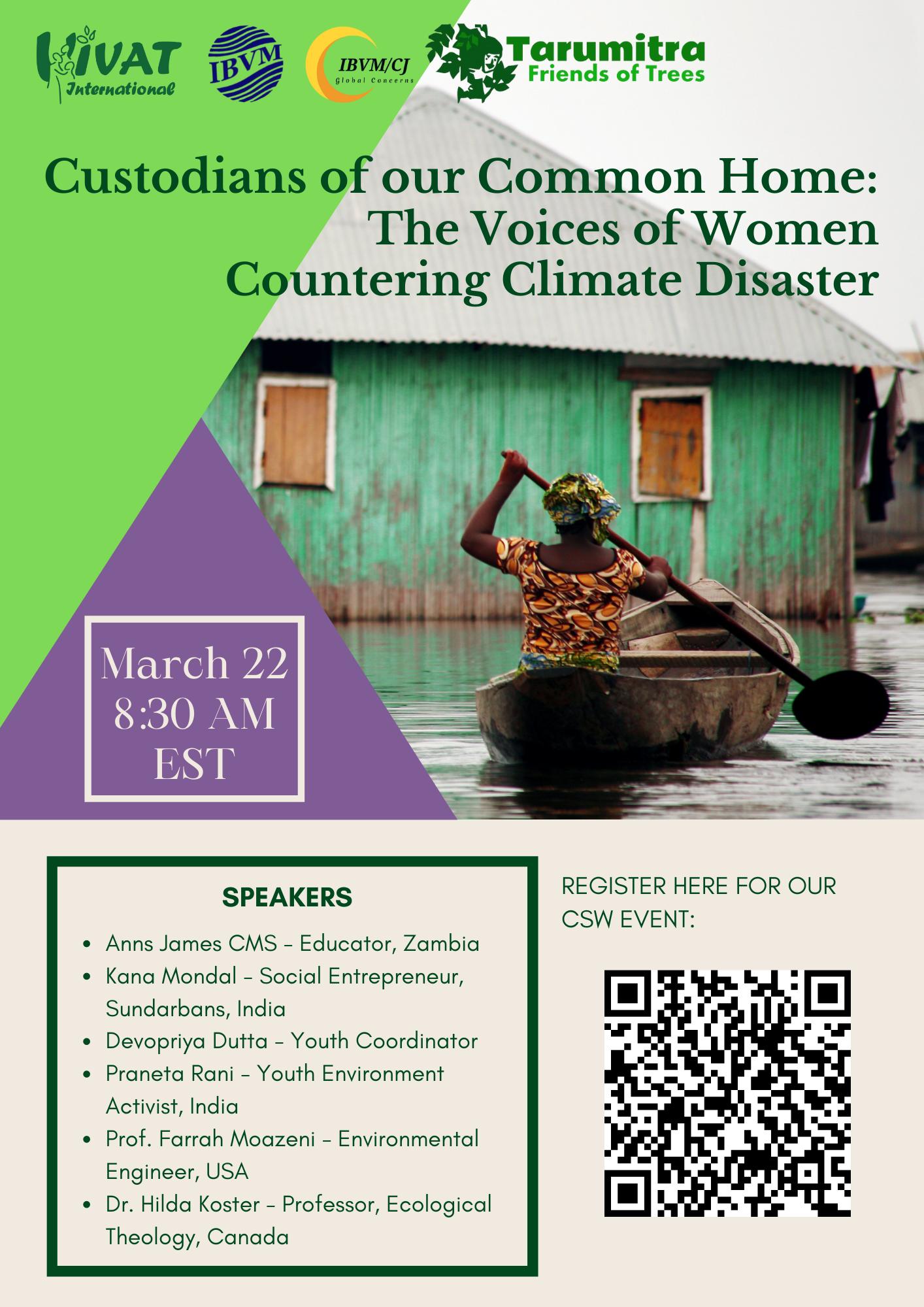 Custodians of our Common Home: The Voices of Women Countering Climate Disaster

Climate change disproportionately affects those most vulnerable in society, especially women and girls. It causes everyday female-designated tasks, such as retrieving water, obtaining fuel for fires, and cultivating crops, to take extended amounts of time and require additional trips, leaving women and girls more vulnerable to being attacked and injured.

Despite being disproportionately affected, women and girls are at the forefront of the global response. In our networks, they are involved and have led tree plantings, biodiversity preservation projects, and environmental restoration initiatives. It is critical that women and girls, who comprise nearly half of the world’s population, are included in the global economy and decision-making processes.

Hear the voices and learn from women and girls who are leaders in their communities, institutions, and local NGOs. Listen as they share their experience of living with the effects of climate change, including the work they are doing for disaster relief, prevention and mitigation. We will also be joined by female leaders in environmental science and ecological spirituality.