The Sustainable Development Goals (‘SDGs’) were adopted by all Member States of the United Nations in 2015. They are a call to action to eradicate poverty, protect the Earth, and ensure that all citizens enjoy peace and prosperity by 2030.

The goals of the 17 SDGs are interconnected and demonstrate that development must balance social, economic, and environmental sustainability. Every country is at a specific stage of development with goals to be achieved in every area of activity. The main challenge is to leave no one behind.

Ensuring that the 2030 Agenda for Sustainable Development is implemented is the responsibility of every person on the planet. 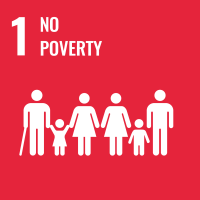 End poverty in all its forms, everywhere​

As of 2015, roughly 736 million people were still living on less than US$1.90 a day, many of whom lack food, clean drinking water, and sanitation.

Since the creation of this goal, China and India, through rapid growth, have lifted millions out of poverty. However, progress has been uneven, and many women due to lack of paid work, education and property ownership are left behind. Furthermore, regions such as South Asia and sub-Saharan Africa have experienced limited progress and account for 80 percent of people living in extreme poverty.

New threats, including climate change, conflict, and food security, impede the achievement of this goal and need to be taken into account. Learn more here.

As of 2017, 821 million people were considered undernourished, often as a direct consequence of environmental degradation, drought, and biodiversity loss.

This SDG aims to end all forms of hunger by 2030 by making sure people have access to food all year. This goal will be achieved by promoting sustainable agriculture, supporting small-scale farmers, and enabling equal access to land, technology, and markets. These objectives require international cooperation. Learn more here. 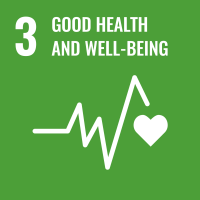 Ensure healthy lives and promote wellbeing for all ages

Great progress is being made in achieving this goal – life expectancy has increased dramatically, maternal mortality rates are declining, and HIV and malaria deaths have halved.

Health is essential to sustainability. The interconnectedness between health and sustainability takes into account: the reduction of economic and social inequalities, rapid urbanization, threats to the climate and environment, and the continuing threats of infectious and non-communicable diseases.

So far progress has been uneven, with a 31-year gap between countries with the shortest and longest life expectancies, as well as gender discrepancies. Learn more here. 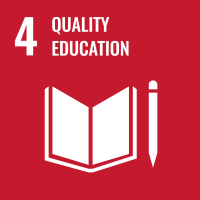 Ensure healthy lives and promote wellbeing for all ages

Since 2000, there have been huge improvements in primary school enrolments. The total enrolment rate in developing regions was 91 percent in 2015 and, globally, the number of children out of school had dropped by half. The number of girls attending school is  is higher than ever.

However, due to high levels of poverty, armed conflict, and other emergencies, progress has been halted. Disparities can be found between social groups, with children from poorer households four times more likely to be out of school. Such disparities are also found between urban and rural children.

Education is the most powerful tool for sustainable development. This particular goal will ensure that girls and boys receive free primary and secondary schooling by 2030. Furthermore, it aims to: provide equal access to affordable vocational training, eliminate gender and wealth disparities, and achieve universal access to quality higher education. Learn more here.

Achieve gender equality and empower all women and girls

By empowering women and girls, economic growth and development occur. Eliminating discrimination against women and girls is not only beneficial to the economy, but it is a basic human right.

There are more girls than ever receiving primary education and more women than ever participating in the labour market. However, there are still large inequalities in some regions, with women being systematically denied the same work rights as their male counterparts.

This goal ensures that women are given equal rights to land and property, sexual and reproductive health, and to technology and the internet. Currently, there are more women in public office than ever before, however, more women leaders are needed to achieve greater gender equality. Learn more here.

Ensure availability and sustainable management of water and sanitation for all

Water scarcity affects more than 40 percent of the world’s population, a number that is expected to rise as the temperatures do. It is projected that 1 in 4 people will suffer recurring water shortages by 2050.

When these SDGs were created in 2015, 4.5 billion people lacked safely managed sanitation services, and 2.5 billion lacked even the most basic sanitation. To ensure this goal is reached by 2030, investment in adequate infrastructure and sanitation facilities is required, in addition to encouraging good hygiene and creating strategies to protect and restore water-related ecosystems. Learn more here.

Ensure access to affordable, reliable, sustainable, and modern energy for all

The number of people without electricity is decreasing and it is important to ensure that while the population continues to grow, the demand for low-cost energy is met.

Investing in solar, wind, and thermal power and improving energy productivity is vital to achieving this goal. This will be done by expanding infrastructure and upgrading technology to provide clean and efficient energy around the world. Learn more here.

Promote sustained, inclusive, and sustainable economic growth, full and productive employment, and decent work for all

While the number of workers living in extreme poverty has declined dramatically over the last 25 years, the consequences of the 2008 Global Financial crisis have produced lasting effects. These include reduced growth, widening inequalities, and the number of jobs available are not keeping up with the growth of the labour force.

This goal aims to sustain economic growth and increase  levels of productivity and technological innovation. In addition, this goal  encourages job creation and entrepreneurship in order to achieve full and productive employment by 2030. Learn more here. 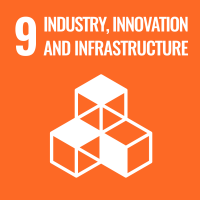 The importance of investment in infrastructure and innovation as they drive economic growth and development is key to this goal. Furthermore, technological progress finds lasting solutions to economic and environmental challenges.

With more than 4 billion people without access to the Internet – 90 percent of whom are living in the developing world – bridging the digital divide is crucial to ensure equal access to information that fosters innovation and entrepreneurship. Learn more here. 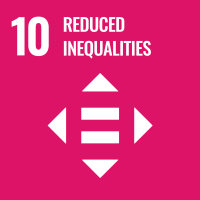 Reduce inequalities within and among countries

This goal requires a global solution involving improved regulation and monitoring of financial markets and institutions and the encouragement of development assistance and foreign direct investment to regions needing it the most. Learn more here. 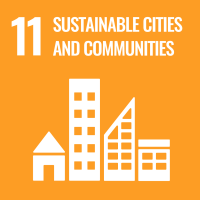 With the understanding that by 2050, two-thirds of all humanity will live in cities, sustainable development cannot be achieved without significantly transforming the way our cities are built. 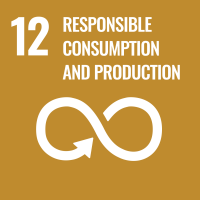 Achieving economic growth and sustainable development is reliant on what we produce and patterns of consumption. This requires changes in the way we produce and consume goods and resources. SDG 12 aims to facilitate the efficient management of our shared natural resources and the processes used to dispose of our toxic waste and pollutants.

Food waste is another huge contributor to the problem at hand. Halving the per capita global food waste at the retailer and consumer level will aid food security and create a more resource efficient world. Learn more here.

Take urgent action to combat climate change and its impacts

Greenhouse gas emissions are 50 percent higher than they were in 1990. The annual average economic losses caused by climate-related disasters are calculated to be in the hundreds of billions of dollars. If we do not act on climate change, it poses irreversible consequences.

Conserve and sustainably use the oceans, seas, and marine resources for sustainable development

Over three billion people depend on marine and coastal biodiversity for their livelihoods. Considering 30 percent of the world’s fish stocks are overexploited, the issue of sustainability arises. Marine pollution is reaching alarming levels, with an average of 13,000 pieces of plastic litter found on every 1 square kilometre of ocean.

The aim of this goal is to sustainably manage and protect marine and coastal ecosystems from pollution, as well as addressing the impacts of climate change on our oceans. Furthermore, through the development of international law it aims to increase conservation and develop methods to sustainably use the resources of the ocean. Learn more here.

Each year, 13 million hectares of forests are lost, while the persistent degradation of drylands has led to the desertification of 3.6 billion hectares of land, which disproportionately affects the poorest communities.

Although 15 percent of the land is protected, the Earth’s biodiversity is at risk. Approximately 7,000 species of animals and plants are exposed to illegal trading. This trafficking erodes biodiversity and drives conflict and corruption.

This goal aims to tackle these issues and protect our land by 2030. Learn more here. 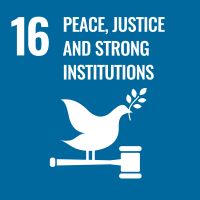 Promote peaceful and inclusive societies for sustainable development, provide access to justice for all and build effective, accountable, and inclusive institutions at all levels

The SDGs cannot be effectively achieved without peace, stability, human rights, and effective governance founded on the principle of the rule of law.

While some countries enjoy peace, others are faced with violence and conflict.  This goal aims to significantly reduce all forms of violence and end conflict by working with governments and communities. To do this, the flow of illicit arms must be reduced and the participation of developing countries in the institution of global governance strengthened. Learn more here.

GOAL 17: PARTNERSHIPS FOR THE GOALS

This goal is essential to the successful achievement of all SDGs.