2021 is the United Nations designated Year for the Elimination of Child Labour. Any work that deprives children of their childhood is defined as child labour. A child who is forced to work instead of play loses her easy laughter and her chance to learn in curious and creative ways. But for some children and families, they have to work because their survival depends on it.

There are currently 40 million people in modern slavery and 160 million children in child labour. Sadly child labour has increased from 152 million, the first time in two decades according to the joint Report released by UNICEF and the International Labor Organization (ILO) in June 2021. Furthermore, there are now 79 million children aged 5 to 17 years in hazardous work. More than one in four children in the world’s poorest countries are engaged in work that is potentially harmful to their health.

Target 8.7 of the 2030 Sustainable Development Goals calls for us to work together to end these unacceptable violations of human rights. Members of our Mary Ward network are already supporting and advocating for children working in the brickfields, in hidden domestic labour situations and other agricultural contexts.

In line with our commitment to the elimination of human trafficking and the care of women and children, we joined the global alliance and  pledged to act to Eliminate to Child Labour by raising awareness and inspiring local actions among our global network of over 50,000 students, staff and members.

Learn about Child Labour and what you can do to end it. We need to work together to address this injustice. Read the New Guidelines for Garment and Footwear Industry. 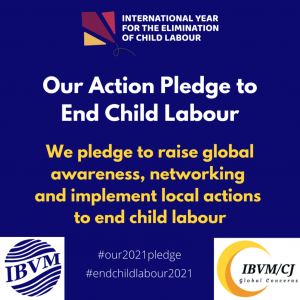 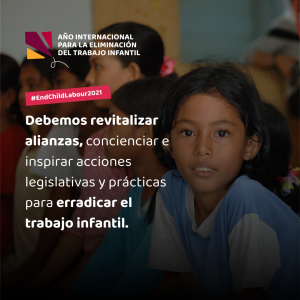 July Tool Kit on Child Labour in the Chocolate Industry and in Timor Leste and Vietnam was created by our network in Australia coordinated by Anne Muirhead with contributions from Janeen Murphy, Leonela Tilman and Margaret Mary Flynn ibvm. 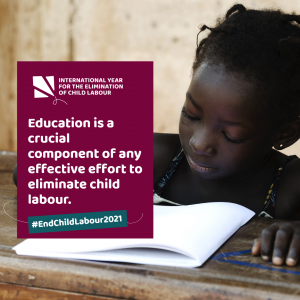 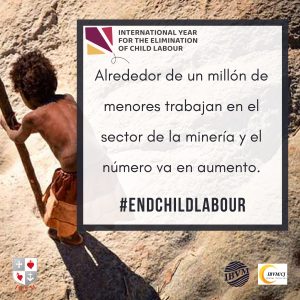 September Toolkit on Child Labour in the Mining Industry was created by our IBVM Spain Province UN Representative Rosa Moro. 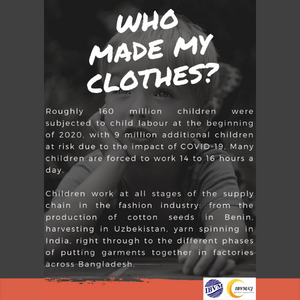 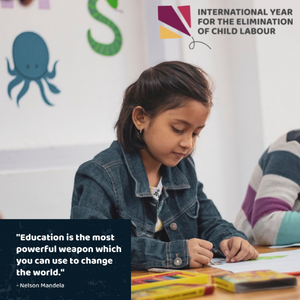 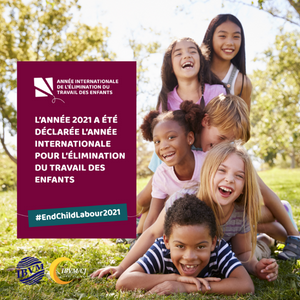 December Toolkit on Child Labour features Child’s Rights and Business Principles (The Principles) developed by UNICEF. The final toolkit is a timely reminder as we celebrate Human Rights Day on December 10. The toolkit was created by Zinzi Malanca together with IBVM Loretto Canada Province Representative Sarah Rudolph ibvm.