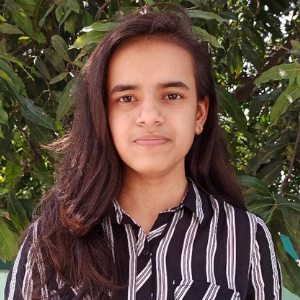 In order to bring about a productive change in the way menstruation is perceived in the society, it is required that all women and men are engaged equally in conversation...

On the 16th of March, a Global Conversation Circle forum was conducted based on the action coalition themes adopted by the Generation Equality Forum. I was fortunate to be given the opportunity to facilitate a conversation circle on the Action Coalition Theme: Bodily Autonomy and Sexual and Reproductive Health and Rights.

The conversation circle I was a part of had a very fruitful discussion on the taboo surrounding Menstruation and Women’s sexual health which invariably leads to ignorance and misinformation about these topics. I had the chance to interact with young women and girls from Kenya, USA and Europe, and it was a great opportunity to hear and interact with these girls to learn about their perspectives about these agendas.

We covered various topics during our conversation like discriminatory behaviour women have to face due to menstruation, unhygienic conditions, lack of access to products, lack of awareness about menstrual hygiene and safe sexual practices, etc. We concluded from the conversation that in order to bring about a productive change in the way menstruation is perceived in the society, it is required that all women and men are engaged equally in conversation about these topics so that the women can freely put forward their needs without fearing society’s judgement.

There were a number of webinars as well as Virtual Girls’ Spaces conducted throughout these days. One such event was the Girls’ Caucus which enabled us to not only review, but also suggest changes to the Zero Draft of the Agreed Conclusions for CSW65, in order to ensure women’s full and effective participation and decision-making in public life, as well as the elimination of violence and for achieving gender equality and the empowerment of all women and girls.

All in all, it was a very fulfilling and educational experience, to interact with girls from all around the world, to get to know about their perspectives and to put forward our own opinions in relation to the same.