CSW65: Most enriching and enlightening experience for me 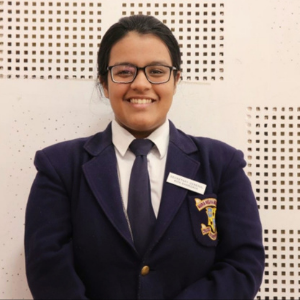 Women’s full representation and leadership are a prerequisite for making the best use of all our resources.

The sixty-fifth session of the Commission on the Status of Women is in progress, having been set in motion on the 15th of March 2021. The theme for this year’s session was “Women’s full and effective participation and decision-making in public life, as well as the elimination of violence, for achieving gender equality and the empowerment of all women and girls.” It was a privilege to have attended the parallel events of this session of CSW as a delegate on the youth-delegation of IBVM-Loreto NGO, and to have interacted and contributed in whatever ways possible, to the purpose of furthering the Generation Equality campaign.

Under the guidance of Sister Janet Palafox, I participated in the Working Group on Girls’ CSW65 Global Girl-Led Conversation Circle in partnership with NGO CSW. The facilitators and the delegates were divided off into smaller breakout-rooms themed on the seven Action Coalitions convened by UN Women, for example, Gender-Based Violence, Economic justice and rights, and Bodily autonomy and sexual and reproductive health and rights (SRHR). Along with a notetaker from the Girls Scouts, I lead the group on Action Coalition Technology and Innovation for Gender Equality. The group comprised delegates from different ethnic and cultural backgrounds, and age-groups under 18.

Today, women and children continue to disproportionately bear the effects of poverty in developing (and developed) countries. Therefore, the core issue in policymaking in science, for development is to design, implement, monitor and adjust Science, Technology, and Innovation (STI) using a gender lens (i.e., ensuring that men and women benefit equally). The discussion covered three key areas: Women in Science and Technology, Science and Technology for Women, and the Digital Gender Divide. Under the ambit of this agenda, the group discussed and brought up the following points:

On the 17th of March, the Girl Caucus led by youth-leaders much like us discussed this year’s -Zero-Draft compiled by the Commission. I found myself in the Breakout Group discussing the clauses on Gender Based Violence, where we discussed issues ranging from child-trafficking to digital violence. The session was also addressed by Ms. Anita Bhatia, the Deputy Executive Director for Resource Management, Sustainability and Partnerships for UN Women.

Undoubtedly so, the past one week was filled with some of the most enriching and enlightening experiences for me. Interacting with girls my age from around the world has better equipped my perception on women empowerment and intersectional feminism. The fight for fairer conditions and the rights of women is not over yet, and these events were a testimony to the same.