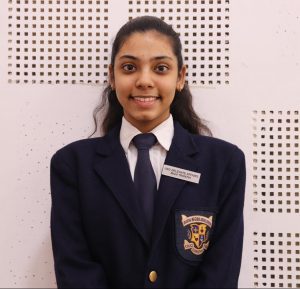 These three days made me a better person, more confident and bolder... The entire event helped me build my network, learn, and grow... I hope we have more conversation circles like this in future.

Gender inequality is prevalent in a girl’s life from the very first day she is born. From infanticide to malnutrition to lack of healthcare and unequal access to education, Generation Equality cannot be achieved without the full and equal participation of girls, their issues being addressed, their voices being heard, and their presence made visible and consistent.

To address these gaps and issues, the Working Group on girls, in collaboration with NGO CSW organized the Global Girls’ Conversation Circle on the 16th of March 2021 during the 65th session of the United Nations Commission on the Status of Women. This conversation circle brought girls together from different parts of the world and provided them with a platform to voice their opinions about the issues in the Generation Equality Action Coalitions.

The Working Group on Girls’ CSW65 Global Girl-Led Conversation Circle in partnership with NGO CSW was conducted on the 16th of March. I was honored to facilitate one of the conversation circles which was centred on the theme, “Women, Peace and Security and Humanitarian Action”. We were paired up with girls from the other organisations on the training sessions which were on the 6th and the 14th of March.

My co-facilitator, Ashlei and I had prepared a power point presentation on our group’s agenda for the better understanding of the participants. My group was quite diverse, and it was wonderful facilitating such great enthusiasts, activists, and feminists. I had a girl from the US, one from Pakistan, one from Japan and one from India. Each one of them along with Ashlei, who was my co-facilitator, and I discussed the agenda, shared our personal experiences related to the agenda and came up with solutions like, women’s participation in decision making and at the negotiation tables, better sanitation in refugee camps, school clubs centered on girls’ safety so that they feel safe in their communities and many more. The discussion was quite fruitful and constructive. We also shared some of the personal projects we were working on and came with techniques to raise funding and networking.

Once the discussion was over, Riya and Clara, the girl advocates with WGG took our inputs and closed the conversation circle. Later, we had the debrief session where we shared our experiences and gave the feedback.

On the 17th of March, we had the Girls‟ Caucus where we suggested amendments to the Zero Draft of the Agreed Conclusions for CSW65. We honestly had fulfilling discussions while suggesting amendments and it was wonderful being involved in the decision-making process.

On the 18th of March, I participated in one of the Girls‟ Open House Sessions.” The open house session was a girl space where we interacted with one another and got to know each other.

These three days made me a better person, more confident and bolder. We got to know people from around the globe and their perspectives and shared our opinions with them. The entire event helped me build my network, learn, and grow. The discussions were quite enriching, and I hope we have more conversation circles like this in future.